Below: the visually striking Johnny Lyon Hills rise above the San Pedro east of where it runs through the Narrows. These formations (which extend to the Narrows) are composed of the geologically oldest rocks in our area, uplifted granodiorate formations that are 1.65 Billion years old (see Age of the Earth). The image at left was taken in January 1999 from the west side of the River, the one on the right in March 2005 from the 3-links Road well to the east of the River. (Click on each image for enlarged views.) 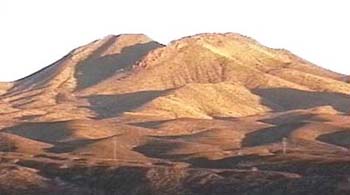 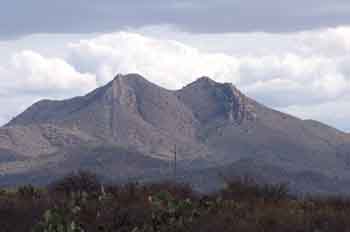 Below, a view of the southeastern ridge of the Hills taken from Cascabel Road near Milepost 11 on December 1, 2007: (Click on the image to enlarge it) 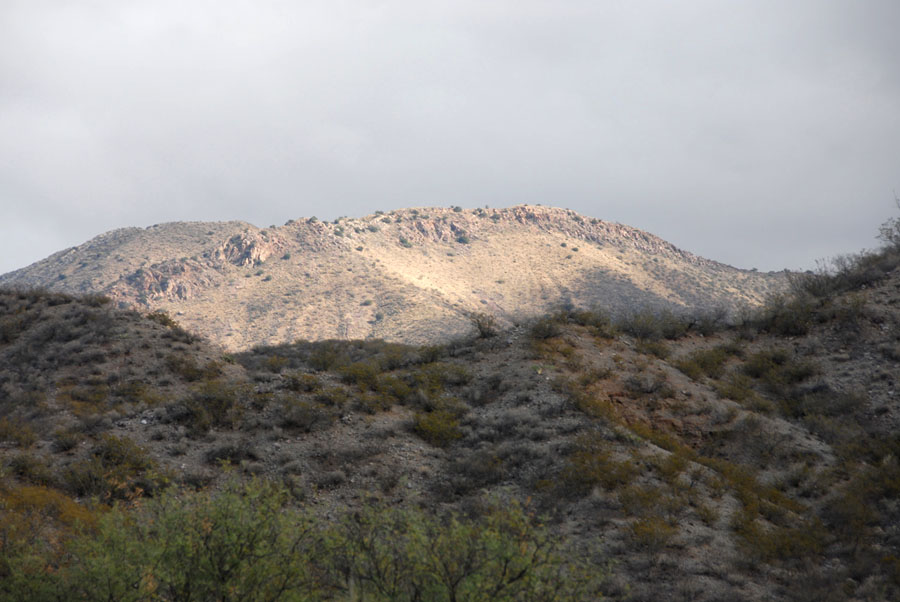 Long-time Cascabel resident Barbara Clark has heard a story that these hills were named after an early mining claim/homesteader who lived in the area.