Soza Mesa Erosion Lahars -- Past, Present, and Future: Some Details

Below, a view of Jack Murphy Wash, one of many (formally-unnamed) which scour down through the flanks of Soza Mesa, taken at a point still high above the river after massive flooding of this and other Soza Mesa washes had overwhelmed the Cascabel Road with almost Lahar-like rock debris, making the road impassable for two weeks for anyone lacking 4-wheel drive. Devastation of the roadway is a regular happening along this stretch of the river. In this photo, workers several miles from the confluence begin the repair of a water-gap fence obliterated during the event of this flood. 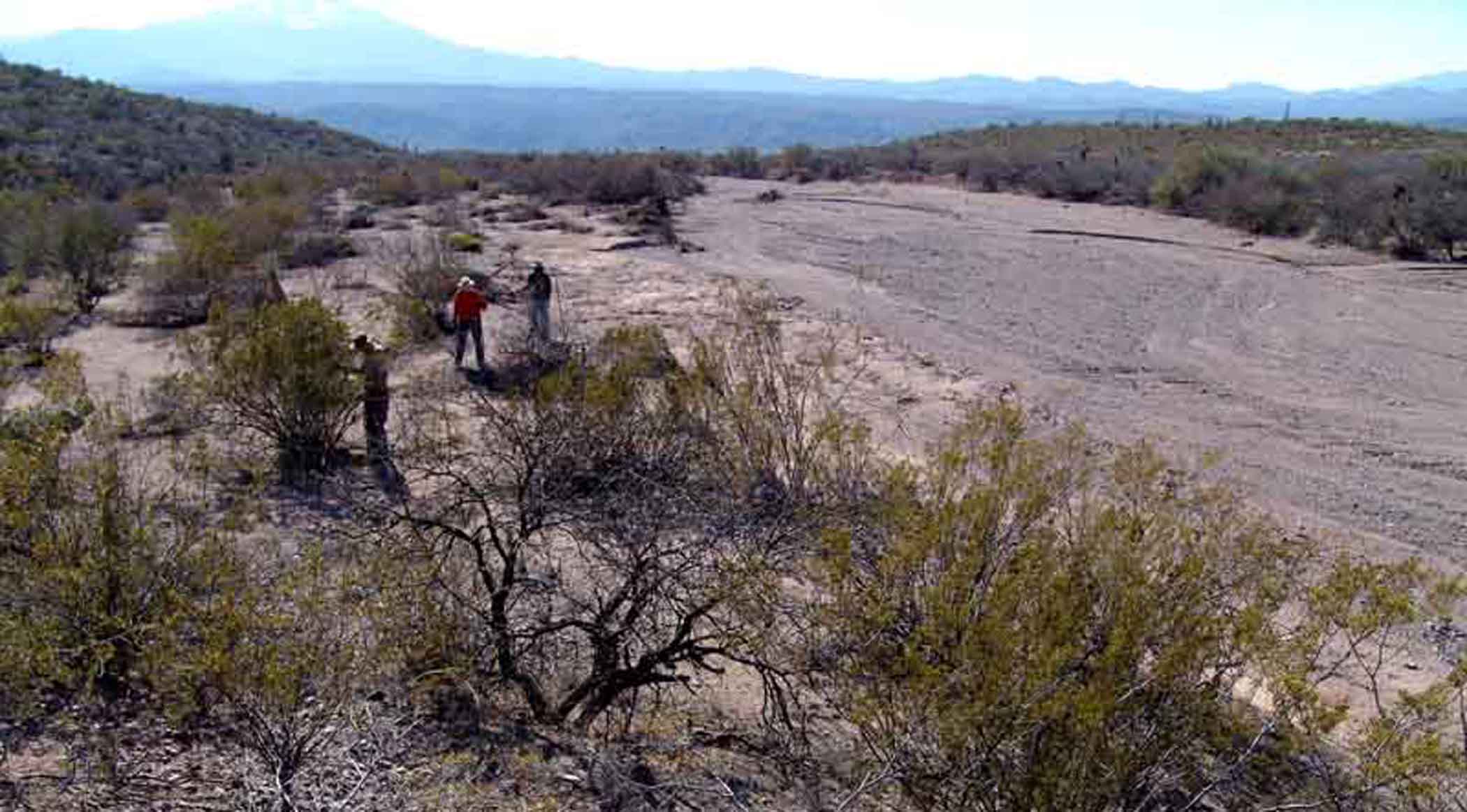 Nearby, another pair of corridors meet in the river floodplain. Below: Soza Canyon Wash, which runs down out of Mica Mountain in the Rincons (to the west, obscured by haze in center background).This very wide wash (in its lower reaches) was viewed here from the northern edge of Soza Mesa looking toward the mid-afternoon sun of December 2001. Click on image below to enlarge it. And note the steep angle of Soza Mesa slope descent here. 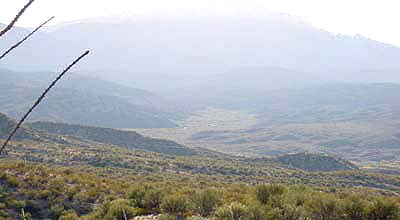 Soza Canyon meets the Cherry Canyon Wash, which runs down from Cherry Spring Peak in the Western Range of the Galiuros. It too has perennial springs in its upper reaches. All along the river around Cascabel, a number of very important archaeological treasures have now been protected by Conservation Easements donated to the Center for Desert Archaeology. Roadway projects in this area would likely damage or destroy some such sites.

Below: view of the SP floodplain from Harold & Mignon Elliott's place on the right-bank terrace, looking toward buildings at El Potrero (former home of the late Jim Corbett, now that of his widow Pat and others who value similar dedication to moral responsibility) north of Milepost 26. Beneath the gallery forest in middle background, the river again has perennial flow at this location. (Oct.2002). The current Cascabel Road runs out of view this side of a magnificent strawbale-and-adobe house (its rooftop visible at lower-right below the near terrace), which would most likely be demolished to build a freeway here.